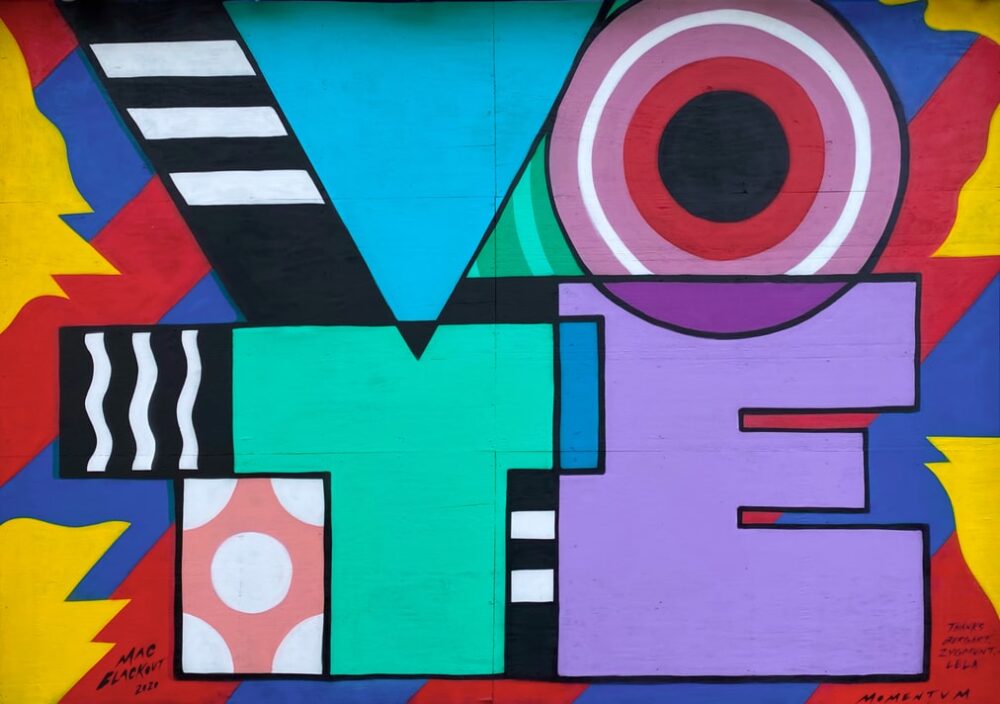 It’s on. Tasmania to head to polls early

Make sure to check your details and enrol to vote

Well in the words of Sue Hickey…

Tasmania is going to an election a year early and it’s happening in just over a month.

So why are having an election so early? How will it work and what could the outcomes be?

The last state election in Tasmania was an interesting one. The Liberal Party, then led by Will Hodgman, famously stated that they would not govern in minority but on the first day of parliament, they found themselves effectively doing just that.

Sue Hickey, supported by the Greens and Labor, took the speakership from under the nose of the Liberal party and declared that she would be sitting as an ‘Independent Liberal’. Hickey sided with the opposition on a number of pieces of legislation, most notably the ground-breaking gender law reforms, proving that arguably the Liberal Party had lost their majority.

Luckily for the Libs, however, star Labor MP Scott Bacon resigned early in his term and, due to the Tasmanian electoral rules was replaced by the next person on the Labor ticket, Madeleine Ogilvie. Ogilvie, who is well known for her conservative social views, immediately left the Labor party upon assuming her seat and sat on the crossbench, largely siding with the Government.

The make up the House last week looked like this:

In a situation that many commentators have described as of his own making, the new Premier Peter Gutwein, has this week found himself in minority once again. Last weekend, the Premier met with Ms Hickey and told her that she did not have the support of the party to be reindorsed for the next election. This was no surprise as Ms Hickey has ruffled more than a few feathers in the Liberal party room in the last few years.

Again, in no surprise, Ms Hickey then resigned from the party, describing the freedom she felt as like lancing a boil and reducing the Liberal Party to 12 seats and a minority in the House. Premier Gutwein used this as an excuse to go to the polls a year early but it is clear that this is not the only reason Tasmanians will be voting so soon.

The usual election issues of health, education and the environment will of course be at play again in this election but undeniably the biggest issue on the table is COVID-19, and that is likely the main reason the Premier has decided to call the election so early. Premiers who have successfully managed the COVID-19 pandemic have been rewarded by voters, most notably so in Western Australia where just a fortnight ago we saw the Opposition Liberal party all but wiped out. Gutwein’s Premiership has been marked almost exclusively by his handling of the pandemic and it is clear he wants to pounce while he’s still riding high in popularity.

Tasmanian Lower House elections operate under a unique electoral system known as Hare-Clark which has similarities with the Federal Senate. Unlike the Lower House in Canberra, there is not one representative per seat, a system which begets two-party domination. In Tasmania there are only 5 divisions in the Lower House but there are 5 members per division.

This means that if you live in Clark (Greater Hobart) you are currently represented by 1 Labor member, 1 Liberal, 1 Green, 1 former Labor (Ogilvie) and 1 former Liberal in Hickey. Typically, each division has their 5 seats split across the major parties with the Greens often securing the final seat in the southern divisions, and sometimes in the North. You can check which division you belong to here. Division borders have changed since the last election so it’s worth checking!

When you vote in Tasmanian Lower House division, you MUST at least number 1-5 to have your vote count. There is no above the line voting and you can number as many boxes as you want to. It is worth noting that no party ‘How to Vote’ Cards are allowed in the polling booths, but it is a good idea to do your research and make your own to bring in with you.  If you’ve never voted in a Tasmanian state election before, you may need to enrol to vote. If you’re not sure if you’re enrolled, you can check that here.

The Liberals led by Peter Gutwein, want a majority, and they’re likely to get it. Mr Gutwein’s personal popularity due to his handling of the pandemic and a reluctance of voters to change parties in the middle of a crisis will mean that it is likely that the Liberal Party will pick up at least the one seat they need to regain their majority.

Labor, led by Bec White, will want to improve on their last performance that was marred by the Pokies debate that ultimately may have back fired for them. It will be very hard for them, as the Opposition in such circumstances, to increase their vote but they will have to focus on the perennial issues that they are perceived to be good performers in; health and education. Ms White has already shown this is the plan with her opposition to the recently announced government plans to privatise TasTAFE.

The Greens will be prioritising climate change and hoping to capitalise on the recent climate strikes around the world and the growing call for greater climate action. They were reduced down to just 2 MPs at the last election, down from 5 in the 2010 election and will be hoping to regain seats, though that too will be difficult.

Independents: May 1st could very well be Tasmania’s own Independent’s Day, with several high-profile independents signalling their intention to run. Clark will be the battle ground with Glenorchy Mayor Kirstie Johnson having announced her bid prior to the calling of the election and Ms Hickey vowing to fight for her seat as an independent. As of Sunday 28 March, Madeleine Ogilvie has announced that she will be endorsed by the Liberal Party rather than run as an independent, a move that may gain her support from Liberal voters but lose her votes from everyone else. Nevertheless, Clark will be the seat to watch.

As stated above, it is likely that the Liberal party will achieve their majority, but don’t expect a Western Australia situation. The Hare-Clark system always brings close results and we could again be looking at a parliament with a cross bench holding the balance of power, especially with several high-profile independents running.

Tasmanians are famously terrified of minority governments and both parties are campaigning for a majority, however that is not to say that we definitely won’t be heading for another minority government situation. Former Labor Premier David Bartlett once described a deal with the Greens as a deal with the devil before later forming government with the Greens and even including two Green MPs in cabinet. He later referred to the arrangement between Labor and the Greens as having “functioned really well”.

Perhaps the recent history of the parties working together in response to the pandemic and other legislation such as the Voluntary Assisted Dying bill, will mean that Premier Gutwein and Opposition Leader White are more likely to be open to working with the crossbench to secure an effective government. Perhaps not, but we only have to wait a month to find out. 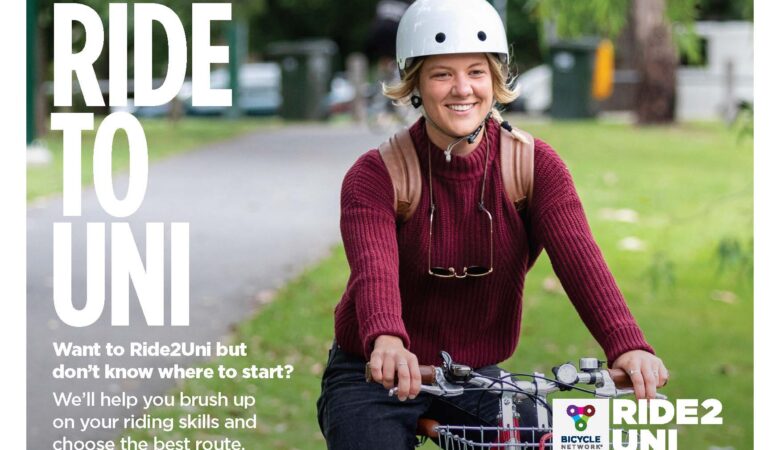 Ride2Uni, get fit, save the planet & save some money 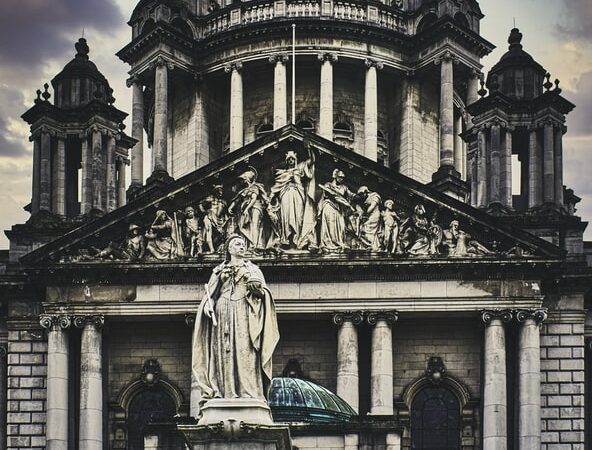 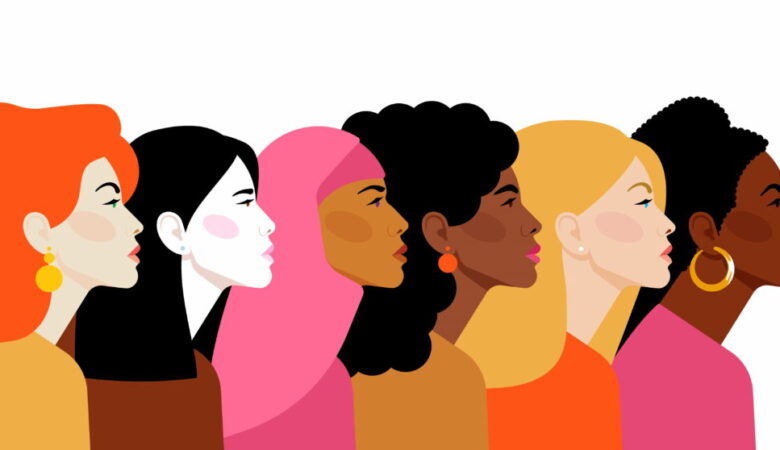 Take over the House