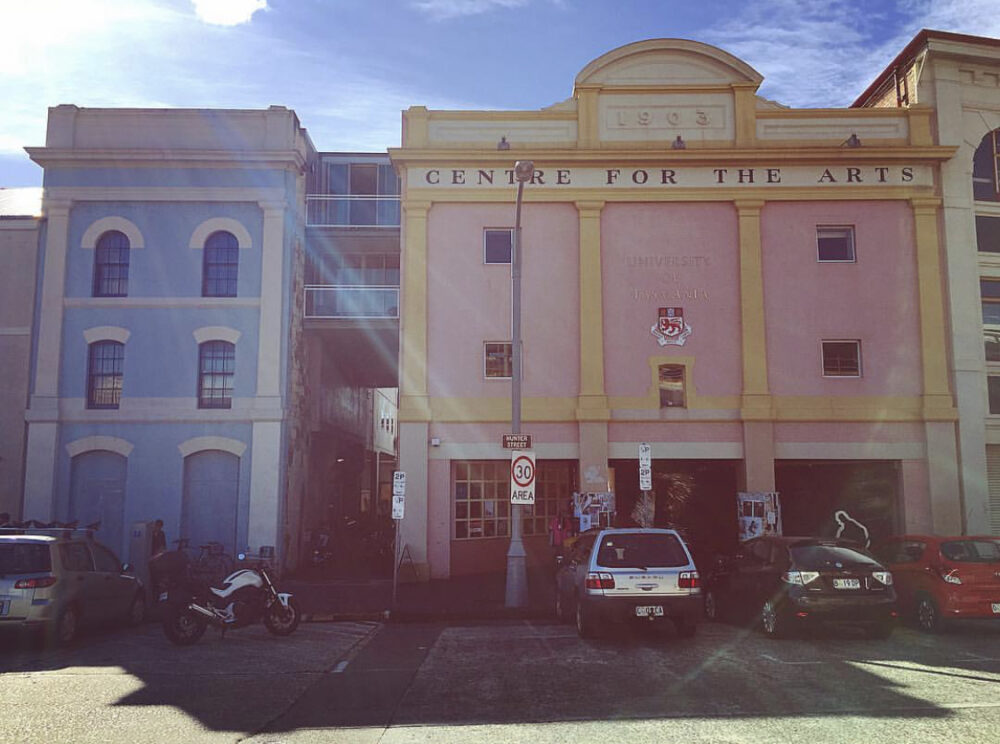 The University of Tasmania’s Vice-Chancellor has apologised in a visit to the Fine Arts School in Hobart that follows a year of unrest on the campus in 2018.

Professor Rufus Black addressed student concerns in a Q&A meeting yesterday about the restructuring of technicians’ employment, and the loss of two essential teaching staff.

Professor Black was accompanied by Provost Professor Jane Long, Acting Head of the Art School Professor Dominic Geraghty, and Executive Dean of the College Kate Darian Smith, who collectively expressed their commitment to the school in the wake of several unresolved issues.

In the meeting, Professor Black gave an official apology.

“I would personally like to apologise for the experience that you had… We have a lot to do to put things right, and that we will absolutely do,” he said.

“In addition to sorry, I wanted to talk about the university’s absolute commitment to the art school. Rumours fly around that somehow we don’t value it, or it doesn’t have a strong future, or we don’t have a commitment to it… those things could not be further from the truth.”

When asked if they could discuss the outcome of an investigation into the loss of staff and the restructuring of technicians, Professor Long told students that legal limitations meant only staff could be informed.

“Rufus and I had no choice but to peruse and investigate certain issues. That we can’t talk about them is unfortunate, but those are the constraints we operate with,” she said.

“We are alert to the fact that processes require improvement. I would also say unequivocally that the issues that were brought to us, the university had no choice but to investigate.”

Some students raised concerns regarding the future of their studies, particularly in the honours cohort. It was stated at the meeting that refunds were given to some students who were left without teaching staff, supervisors or technicians.

“Those who have continued have had to struggle along, trying to get support, trying to figure out whether it’s worth continuing our studies,” one honours student said.

The refunds follow a string of complaints from honours students highlighting serious issues with support, communication and teaching staff from the university.

“I feel like I don’t have any support in my area of study at all… We are feeling deeply frustrated and quite abandoned by the university,” one student said.

Students expressed their frustration at not having suitable replacements in some classes, to which Professor Geraghty said “we thought we had put stuff in place.”

The Art School is now expected to be lead by a third Professor in just a year, with Professor Dom Geraghty appointed as the Launceston Pro Vice-Chancellor.

In an email to staff in March this year, it was announced that a recruitment process for the head of the school was underway, although there was no update given at the meeting on Wednesday.

Students were given 48 hours notice of the visit from the Vice-Chancellor, and many were not able to attend due to lack of notice during Week 13.