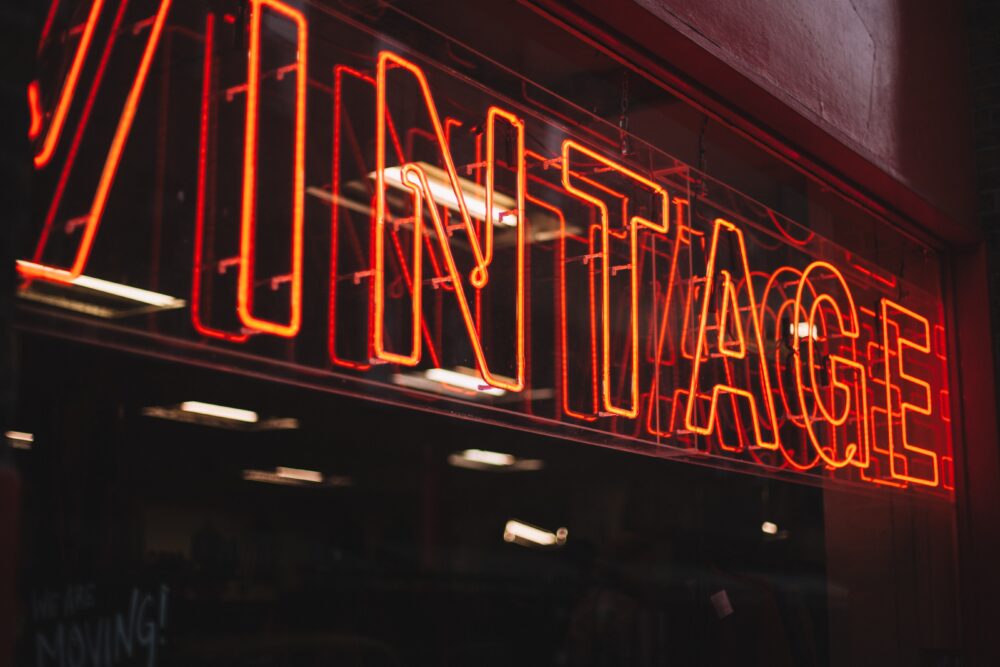 Retro fashion is everywhere. I see it in the windows of shops in the mall, on the backs of strangers as I walk past them on the street and advertised on my Instagram feed.

Take, for example, flared corduroy pants. They’re selling now in lots of fast-fashion stores, but they were first seen in the 1970s on popular trendsetters such as Shaggy from Scooby Doo. Now that I think about it, the pleated tennis skirt and oversized sweatshirt combo that’s popular on TikTok is also reminiscent of Shaggy’s partner in crime-solving, Velma.

But we’re not just all dressing like characters from Scooby Doo. Popular pieces from the 1980s and 1990s are also making a resurgence. “Mom jeans” paired with a vest or cardigan and bucket hat is again a common look. Slip dresses in velvet and floral patterns were also popular in the 1990s. And of course the bike shorts, oversized sweatshirt and chunky sneakers combo was first made iconic by Princess Di in the 1990s.

Now even fashion trends I remember from my childhood are coming back into fashion. Scrunchies, bumbags and wrap-around tops are all back on our shelves. And the worst travesty of all — low-waisted jeans.

In part, this retro revival is spawned by the move that many consumers are making from fast-fashion to vintage clothing, motivated by the social and environmental impacts. Buying vintage instead of fast-fashion means that we are not encouraging the modern slavery that the fashion industry uses to make our clothes. Compared to participating in the fast-fashion industry, which produces 10% of carbon emissions per year, purchasing vintage fashion has a relatively low amount of carbon emissions. From a waste perspective, it also seeks to prevent the 23 kilograms of textiles that the average Australian sends to landfill per year ending up there.

Wearing vintage clothes which are off-trend can also be a way to establish a personal style and express yourself. This is important, particularly for women, who have been told to look a certain way their entire lives by fast-fashion brands. The purchase made by my friend the other day at the Reloved Market — a rainbow cardigan, with embroidered swans and matching swan buttons — is a perfect example of vintage clothing allowing the exhibition of a personal style. I doubt anyone else in Hobart will be wearing that.

Vintage fashion allows the people on the street to reclaim the decision on what is fashionable from designers, corporations and runways.

But by simply setting the fashion trend, it doesn’t stop garment-selling corporations wanting to sell, or people wanting to buy, what is in trend. The amount of retro fashion produced by fast-fashion companies has increased to mimic the popular vintage fashions trends. Dangerfield, for example, prides itself on “blending vintage vibes and street style” in its new retro garments. Fast-fashion brands also try to suck vintage shoppers back into fast-fashion, by selling a retro knitted vest which matches the vintage corduroy pants that can be picked up from a market.

These pieces give off the air of being a well-made and long-lasting vintage garment, but in reality they’ll either fray or we’ll be sick of them in a year when the next retro trend is popular. By branding their products to remind you of your Grandma, they make you think that their environmental and social practises are as good as they were back in her day. But they’re still forcing women to work 16 hours a day, 7 days a week, dumping the toxic chemicals used in their processes into precious drinking water and polluting our atmosphere with incredible amounts of carbon.

And despite the increase in retro fashion, our penchant for it is, just like the inspiration for the fashion itself, not new. The use of old styles in new designs has been occurring for hundreds of years. Even the term ‘retro’ itself was coined in the 1970s, when fashion designers borrowed heavily from the style trends of past decades. The plaid dresses of the 1990s, for example, were inspired by their 1960s counterparts.

Fast-fashion companies have simply co-opted the vintage fashion trend to sell more retro and non-retro pieces than ever, in turn encouraging us to buy more than ever. The new narrative that they push is that if we’ve bought something second-hand that we could have bought new, then we shouldn’t feel bad about buying something new to go with it. If we buy that new thing, and we get sick of it later when the trends change, we can sell it on Facebook Marketplace, Depop, at a market or at Goodbyes. And if those clothes fail to sell, we can donate them to a second-hand store like the Salvos or Vinnies. But the reality is that the majority of fast-fashion clothing does not sell, even in Salvos and Vinnies. The Salvation Army spends $6 million a year hauling things that we donate that they cannot sell to landfill.

We need to stop being sucked into fast-fashion by the retro revival. If we can’t wear what we have, we need to only wear Nana’s old knits that can be picked up second-hand, instead of the same old crap with a social and environmental cost which is far too high.