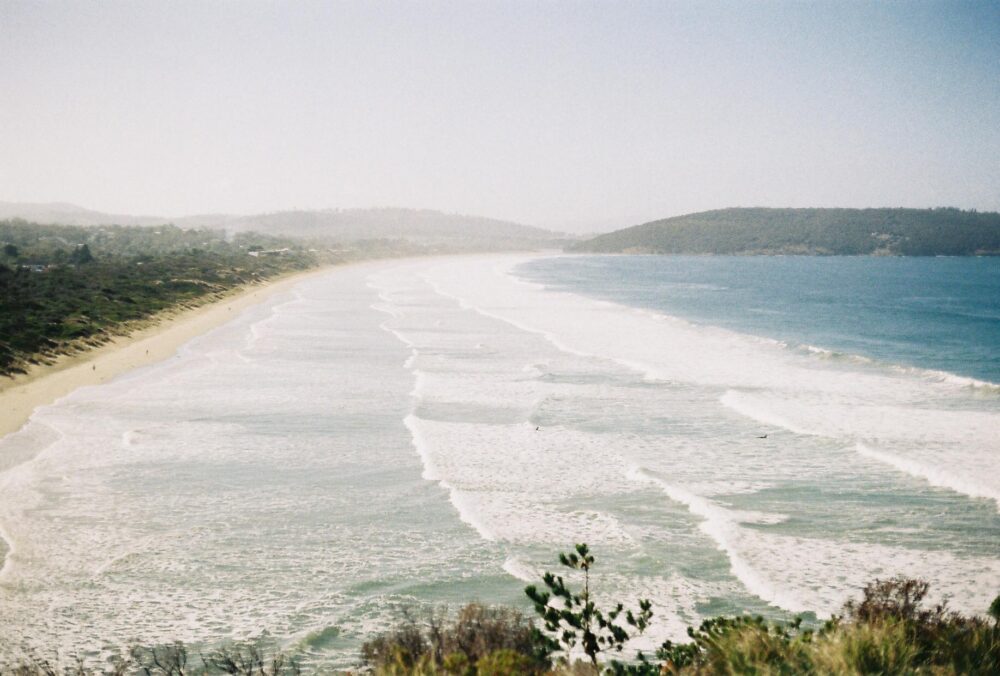 In my long twenty four years, I’ve lived in three houses. For all but my first eight months, I’ve lived in the same place, near a (mostly) calm stretch of water that flows onto sandy shores and at the feet of boat sheds. As I sit here and write this, I can hear the the loose rigging of a sailing boat tinkering in the wind and the chirps of flying seagulls. And if my parents weren’t talking about the price of real estate, I’d be able to hear the waves lapping on the beach.

When I look out of the window, I can almost see those two other houses I’ve lived in, hidden amongst the trees and reno-ed shacks. Below the brush is the beach that I used to walk along to get to primary school, collecting shells along the way. Just past the school is my Uncle’s house, which overlooks Tickle-Belly-Flats (aptly named for its infestation of crabs). And if you kept walking along the coastline, you’d get to the place where I learnt how to swim. Twelve years later, I used that skill in the waterway it overlooks, as I paddled back to our boat having just crashed while learning how to water ski. It was in  that same bay I saw dolphins for the first time, jumping up and under the water. And around the corner, which I’ve walked and rode to more times than I can count, is the surf break where I’ve frozen my fingers off sitting in the water, waiting for a wave to come in.

My Dad and Uncle first rode those waves and walked along those beaches thirty years before me. My family have had some sort of place to stay in Dodges for the last sixty years, starting with a small cinder-block shack behind the shop. Dad spent a lot of time there when he was young, living off Chiko rolls and chips. It was while staying at the shack, at a party of one of the other shackies, that Mum and Dad first saw each other. Like a lot of the other children of shack owners, they became part of a new wave of full-time inhabitants of this coastal town.

So, as the stickers that the local pizza van gave out a few years ago said, I’m ‘100% Dodges’. But the area has changed a lot even in the last twenty four years.

As you take the Highway home from town (that’s what we call the big city, Hobart) to Dodges, you’ll get stuck in traffic that’s backed up before the Airport and stretches all the way to the Midway Point Roundabout. While travelling between zero and five kilometres, you’ll have plenty of time to take in the roadworks, which we all hope will fix the traffic problems. You’ll see the trees that’ve been cleared laying along the roadside, the piles of dirt with steel sticking out of them and a small fleet of diggers.

You’ll roll over the bridge that they replaced about ten years ago. While on the bridge, you can look at the rows of houses under construction. If you see a man in high vis waiving a trowel around, that’s probably my Dad. For years, Dad would have to drive a couple of hours each day to work. He’d travel to Kingston, Tranmere and even Swansea. For the last five years he’s barely gone further than Midway Point for work, building hundreds of houses for more people to live in and increase the traffic problems. Thanks Dad.

Once you finally make it past Midway Point and into Sorell, you’ll drive past Sorell High School, which has a new science block. You’ll bypass the main streets of Sorell, to avoid the cars queuing on the main street which blocks important shops like the local Maccas. Across the road is the Coles which they built a few years ago to rival the local Woolies. Sorry to the Fresh Food People, but I have to say we’ve never looked back. On the road out of Sorell, they’re excavating a sub-division on the left hand side and a road which will bypass Sorell completely on the other side.

And when you finally round the corner to my street, you will be as shocked as I was a few days ago to see the newly constructed road islands. The days of children dashing across the street between the numerous utes towing boats is over. And I’m sure those children will be less fulfilled without that exposure to anxiety at an early age.

Around Dodges, the school has upgraded from the terrapin classrooms I was educated in. There’s a community garden. And as I mentioned before, there’s a pizza van alongside the usual options of fish and chips at the takeaway or a sausage roll at the bakery. We even have a Hill Street. And the final straw which I think cements Dodges’ bougieness – we now have a cafe. Two cafes, if you count the coffee van around near the fire station, which everyone does.

So this sleepy little coastal town is starting to wake up. The shackies are almost all gone, and have been replaced with full-time residents. The car park at the Hill Street is usually full. The line up at Park Beach is too crowded. And the price of houses is rising at a scary rate. There’s houses selling for over a million dollars. The other day, a two-bedroom shack built in 1940 sold for $930,000 (its basically right on the beach, but even so). It’s certainly not the town that Mum and Dad bought into twenty five years ago.

All of these changes leave me questioning what place I have here, in my home of twenty four years.

I’ve already stayed longer at my parents house than most people my age. As much as I appreciate being able to live with them, I don’t know how many more times I can argue about the precious resource that is my Mum’s Tupperware. And now I’m working in the city, a daily commute of almost three hours in the traffic isn’t exactly how I’d like to spend my free time.

But you’ve probably gathered that I’m pretty attached to the area — the sand, the water and the people. In times where being in Hobart has been noisy, uncomfortable and stressful because of uni assignments or one of life’s other challenges, Dodges has also been a place of peace and quiet. So moving up to Hobart isn’t overly enticing. If I did move up to the rat race, I’d follow in the footsteps of my family decades before me, stealing whatever time I could to come back down to Dodges.

With the rising house prices, there’s no way I’m going to be able to afford to buy something in Dodges anytime soon. So I guess that leaves my hands in the fate of boomers, with the hope that they won’t decide to do-up their newly bought property and keep it as a shack.

And instead, that they’ll rent it out at an exorbitant rate, to someone who’ll take put up with living in a leaking, crumbling and cold old place, just so that they can stay in the area. 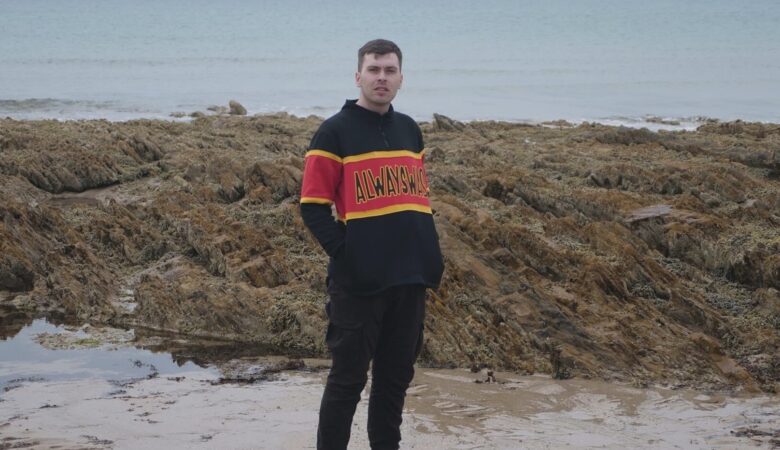