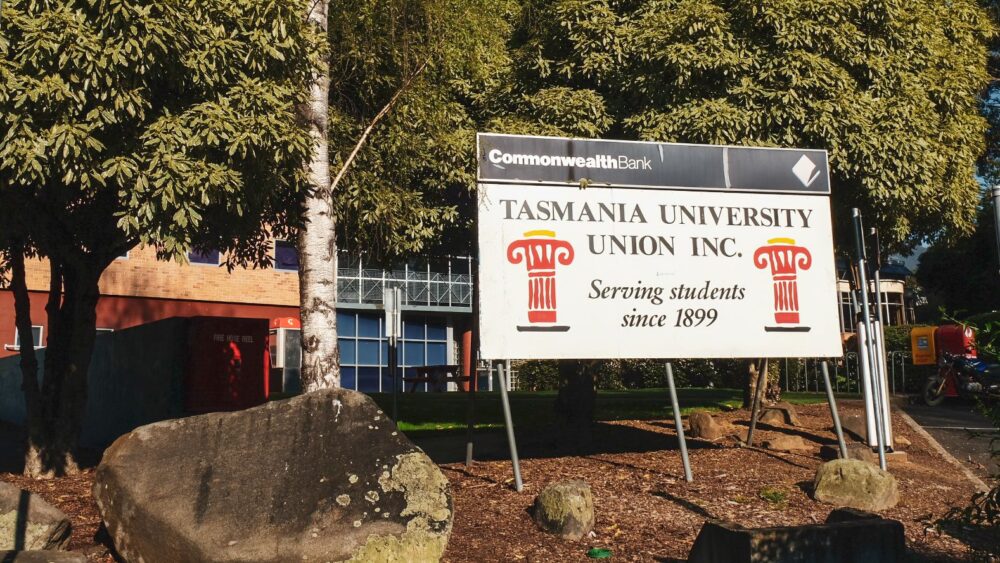 A complete overhaul of Tasmania University Union (TUU) student governance has greeted voters in their elections this year, with several new positions created and many more dropped from the ballot.

The new, simplified model will see only 10 positions in place of the previous 25 voted on at the public TUU elections in mid-October, with those roles expected to focus on liaison between students and the University and organising purpose-driven committees.

However, with key information including role requirements withheld prior to the opening of nominations on September 14, candidates may  struggle to assess and commit to roles.

Current State President, Braydon Broad, spoke on the restructuring and the motives behind it. Broad told Togatus that downsizing was not forced upon the TUU by the University, and that it was the TUU that had approached UTAS with the new model. However, Broad acknowledged potential funding cuts have played their part in the decision to downsize.

“I won’t say that we’re making these decisions in a vacuum — we’re not sure what our funding is going to look like in 2021. We haven’t done the exact numbers, but we’re pretty sure that this model will work out to be about the same cost in terms of how much honoraria is going to students, and budgets for representation and initiatives,” Broad said.

Societies have been championed as the foundation of this new model, as the TUU looks to shift responsibility for event organisation onto their shoulders. Broad says the TUU will look to facilitate this change, but the restructure comes during a difficult year for clubs and societies, who have suffered due to scarce student presence on campus during the COVID-19 pandemic. When asked about the effects of the pandemic on Societies, Broad said they would recover.

“I’d push back on the idea that societies won’t come back better and stronger,” Broad said. “The University’s rolling out something called the ‘Community Model’, with a bigger emphasis on clubs and societies.

“We will also be reorienting a third of our team to that, when traditionally we’ve only had a sports president, a societies president, and an administrator. We’re now going to have two teams, totalling twelve people, with a role focused on activating clubs and societies.”

A new position with the title of Equity President is also being formed, consolidating the positions of the Queer, Welfare, Aboriginal and Torres Strait Islander, Disability, International and Women’s Officers. The Equity President will advocate for all students in these categories with the aid of an Equity Committee, formed with representatives from each of these groups, found by a process other than an election.

The Equity Committee will be formed by an expression of interest and interview procedure, which Broad believes is more thorough than an election.

“You’re better off going into that community and asking, ‘Have you got someone that can prove that they’ve got a good track record of representing that community?’” Broad said.

“They [reps on the Equity Committee] are going to represent their peers in terms of their core needs. What we’re trying to do, instead of having one disability rep across each campus is have societies fill that vacuum.”

UTAS does not currently have any registered societies that solely advocate for or cater to, Queer Students, Disabled Students, Aboriginal and Torres Strait Islander Students, or a Women’s Society. Broad has indicated the incoming State Council will need to focus on creating these.

These changes follow a long consultation process with members of these communities, including those with their elected positions removed in the restructure, and Broad said there was strong support for these changes.

Current Welfare Officer on the SRC South Tim Lippis voiced support for the changes, saying that the Equity President will be assisted by a diverse Equity Committee, and the relationships between them will be the key to success.

He admitted the potential for teething issues, particularly during the establishment of societies to represent these equity groups, but remains confident that the level of consultation will see these changed supported by students.

“I was in the meetings with students from all equity groups, academic groups, colleges, industry leaders. We met with an amazing group of queer students who gave us awesome feedback for the Equity President to ensure they are being fairly represented by all roles on the committee.”

This year’s elections also see the addition of an Education President for Distance Students to the State Council. Given the large shift to online studies in 2020 and with on-campus teaching still a long way off on the horizon, the position was created to serve the majority of students whose relationship with the University currently exists online. This position will serve on the State Council alongside two other Education Presidents for undergraduate students and postgraduate students respectively.

In the meantime, these new elections will take place with voter engagement as a key issue. Last year’s 6.3 per cent turnout was the highest in eight years, but with lots of room to grow (a selection of mainland universities showed 10.2 per cent turnout at Monash last year, and 16 per cent at Sydney University, according to their respective student publications), candidates will once again be campaigning heavily to encourage potential voters.