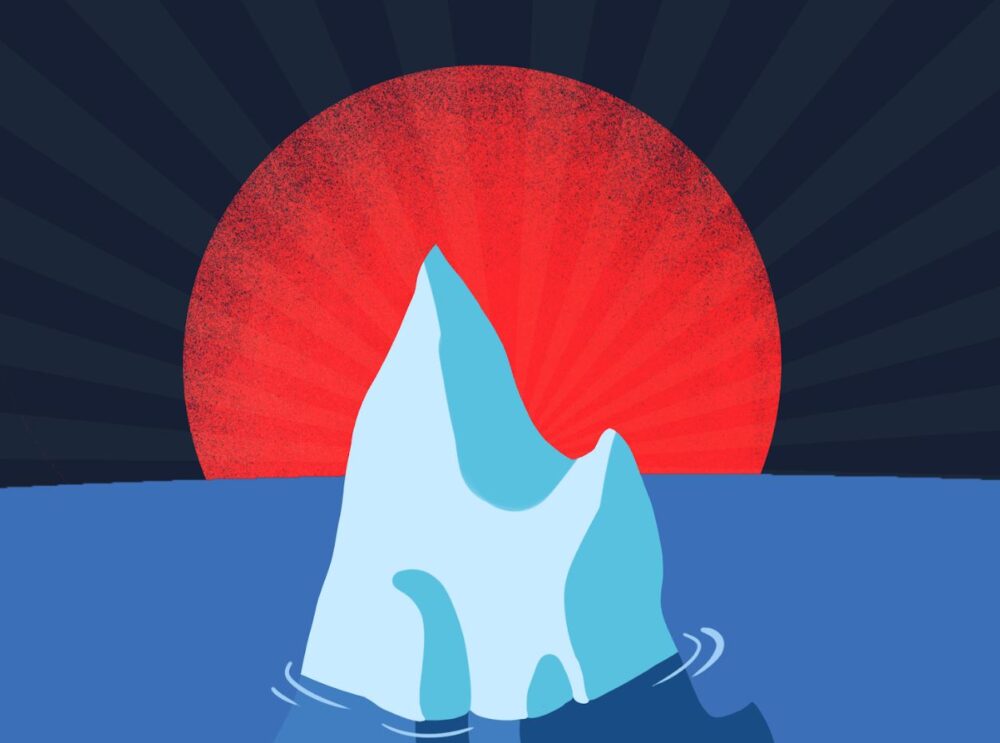 To try to encapsulate how it feels to be alive in these times is to admit that there is something churning restlessly behind every little facet, crevice, and cranny of one’s life. How best to encapsulate the enormity of such baggage? Until recent years, to be fair, it has been a silent and pervasive bedfellow — for the most part, a vague sensation. However, if you let that vague disquiet swallow you — if you gave this unspoken feeling voice — I think that what you would find is the feeling of an iceberg that lingers coldly beneath the collective subconscious of a disenfranchised, disconnected, and selfish generation. But it’s not surprising that we are this way.

We have been spoonfed selfishness along with our baby food and Milo. Selfishness is the magic energy of this bizarre contemporary system of ours; and like all gifts of inheritance, it is one we must reconcile with whether we would like to welcome it or not. Alongside the legacy of dysfunctional family units, slow metabolisms, or a propensity to loath coriander — we have neoliberalism. We were nurtured on it. And it’s hard, after all, not to be selfish, when you are forced into a system that churns on relentlessly with or without your consent.

So perhaps, on the bad days, and in the moments when the cracks begin to show deeper, it starts to feel like we are orbiting nothing out there in blank space, and like we are doing it collectively, in a state of shared muteness. There seems an element of shame, and of repressive fear. Thus, to describe what it’s like to be alive in this time is to point out the ineptitude of the band-aid on our wound that gapes on and festers while, overwhelmingly, we are petrified to take a look because what if it’s as bad as we think? We are, at the risk of sounding histrionic, passengers of the Titanic; ploughing dreadfully onwards on our poorly planned mission, dressed in decadence as we do. If we could jump ship, perhaps we would, but there seems a shared sentiment that there is no life raft substantial enough to grapple with the foamy, tempestuous, livid retribution of this iceberg-bloated sea.

And to know this, to be so self-aware, in such a smothered, phantom way, is paralysing. It begins to feel as though we have entered into an era of unintelligibility; for to know such things, and to not vocalise them — to not communicate, to activate, to steer course, not even to find solace in the mutual devastation of our voyage — feels like societal insanity. Indeed, there are moments, located, lurking, in news articles and stifling spring days, when it feels the entire world has started to crumble amid the lunacy of the status quo, that the reality of the finite fantasy of it all seems to render one into the most thorough of nihilisms. And in moments like that, the urge is to bury. To kick off shoes and push feet into the dark, warm realness of soil, to lie with one’s back against wet earth and on a free afternoon stare mournfully at a bright, cloudless, pastel sky and simply shed tears of apologetic parting. Is there not, then, a cognitive dissonance between the emotional repercussions of anthropogenic climate change, and the degree to which this feeling is compartmentalised, if not

outright ignored? The enormity of it all, of a goodbye to all one has ever known; to the concept of a planet, of a home, of life, stability, sanity, of shared futures; a goodbye to the concept of a learning curve, a narrative arc, a logical journey; is a bitter pill to swallow indeed. It seems then that to acknowledge such a reality is a kind of succumbing, a drowning in the un-reality that is our sprawling, predatory, secular, mechanical, expansive, foolish, grandiose modernity.

Again, in moments like that, what I am most stuck by is that sincere desire to simply sink into the dirty, earthy embrace of something real — that maybe, by planting oneself in the soil, by growing roots and feeling the beating core of it all, maybe in that moment, in that moment one would feel a genuine sense of real life: and by experiencing that, even for a moment, all else would be but a silly dream. So one might try. I know I certainly have. Sitting there, morose and inert, imaging I might fall into something bigger and better. But of course, it doesn’t happen. And of course, you get back up. You brush your hair, straighten your shirt, head back out, to work, to meet friends, to cook dinner, and you don’t talk about it. Because to talk about it is to render the aforementioned inane activities — which are meant to be soothing, which are meant to be normal, which are meant to be real life — well, it’s to render them part of a mechanism that is driving you apathetically forwards towards that icy formation in your restless midnight sea. And I guess if we really are passengers on this boat, and we really know we can do nothing to steer course, I guess there’s a logic in that denial. Last happy minutes and all that. But it’s possible to be logical and also cataclysmically, unforgivably, wrong.

So this is a core element of how it feels to be alive, right now. Perhaps you wish I’d left it vague. Yet there is, I think, a dignity in recognition. Retrospectively, after digestion, a certain degree of peace can be found: for at least, for a second, you will know you are neither insane, nor alone, when you taste the bleak reality of these times on your tongue. I relate this feeling to a term coined ‘tragic optimism’, derived from the existential psychiatrist, Victor Frankl. Frankl was a man whose allocation in life had him experience some of the most brutal, confronting, and confining of human experiences, for, alongside being a psychiatrist, Frankl was also a Jewish man who spent three years in Auschwitz. Frankl was forced to face conditions of extreme degradation to the human psyche, in an environment noxiously contrived to repress the basic conditions for self-actualization and free-will. Auschwitz was by all accounts a zone fundamentally opposed to the blossoming of empathy, connection, and rationality from one group unto another. However, Frankl did not emerge from such a place without a will to live, nor did he succumb to an intrinsic, and pathological nihilism, although he watched many of his friends emerge to less kind interior landscapes than the one he managed to cultivate for himself.

A huge component in how Frankl claims he managed to survive is through the creation of the concept of this tragic optimism. For Frankl, life can be understood as comprising three inherent forms of tragedy, the ‘tragic triad’. Within this triad, Frankl identifies first pain and suffering as unavoidable lived experiences. Secondly, Frankl identifies guilt as an inevitable symptom of free will. Finally, he

suggests that life is demarcated fundamentally by the tragedy of the inevitability of death, with the incumbent conclusion of death being that life and everything within it is transient. Yet for its emphasis on the tragic triad and what is difficult and confronting, tragic optimism does not deposit one in a world of despair and disheartenment and leave them there without an exit strategy. On the contrary, Frankl suggests that this tragic triad should not inspire listlessness, immobility, or nihilism. Instead, nihilism, or in other words a lack of meaning, is diagnosed as one of the fundamental illnesses of modern society.

How, then, does Frankl suggest we should proceed? Ultimately, what tragic optimism encourages is a step forward into self-created meaning, one that can come only after an acceptance of tragedy. Instead of diagnosing the state of affairs as a Nietzschean death of god and then abandoning

humankind to a floundering amid such crippling postmodern conditions, Frankl calls for action, through our work or deeds, through experiences of encounters with other people of a loving nature, and through rising above, and growing from, the inevitable suffering which we will all experience at some point or another .

So how to encapsulate how it feels to be alive in these times? Well, I think it is best to start with a recognition that we are, by all accounts and purposes, alive in a period of heightened tragedy. I do also think that Frankl is as prescient as ever when it comes to confronting this iceberg of ours lingering beneath the mundane day-to-day of our times. It feels in some ways that we have reached a point of no return; a snowball effect that will now continue to spiral. The iceberg will remain beneath us no longer. As it emerges, and we are forced to confront the effects of anthropologically induced environmental collapse, I think a lot can be drawn from tragic optimism. Crucially, as Frankl suggests, the first step must be to move beyond avoidance. So yes. Taste the bleak reality: taste it totally, and unabashedly; savour the acrid fullness and in doing so open the gateway to the next step. Perhaps tragic optimism could be a part of our life raft. There must be a way forward towards a self-created optimism, one that does not flinch from the tragedy of the iceberg lingering, but instead unfolds to accommodate it. I would argue that there is something medicinally selfless about facing the scope of the big picture, especially if it is done hand-in-hand with others. To this end, tragic optimism is just one possible perspective: but it is leaps and bounds better than an approach of censorship and denial.