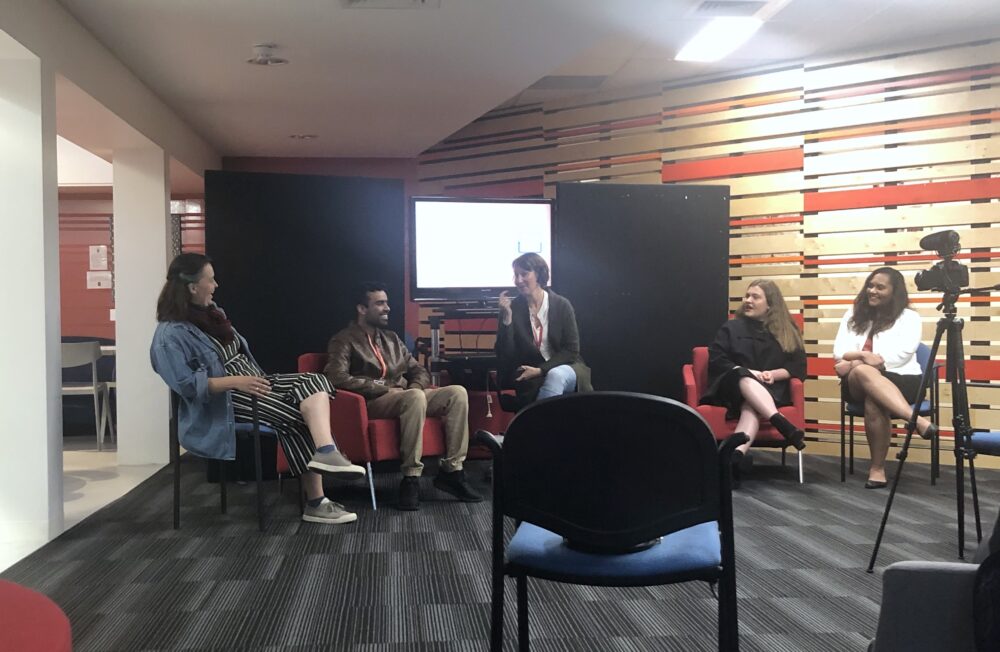 Amidst the global pandemic, the Tasmanian University Union (TUU) took their annual popular university election debate and Q&A online this year, where it could be livestreamed for students to watch from their own homes. Students also attended in-person at Sandy Bay campus to listen to candidates make their case for why they should be elected for the TUU positions currently up for grabs.

The first candidates to speak were those people applying for the role of Special Projects President. Lucy Slevin spoke to the audience about her participation in Source Community Wholefoods (the local food co-operative on campus that is Slevin is chair of) and her first-hand experience of participating in the university co-op. Slevin argued that her experience and skillset would make sure student voices would be heard on all issues and advocated for establishing strong society connections and create like-minded connections between students. She suggested connecting students through the arts by creating opportunities for students to display their artworks and projects at events across all campuses.

Maria Kumar was next to speak and is also applying for the role of Special Projects President in 2021. Kumar spoke about her experience as a market researcher and her ability to balance the interests of different groups, talents which can be readily applied to the role if elected. Kumar hopes to raise awareness of mental health issues and sustainability through participation in mental health first aid training and other opportunities for awareness building. Her stated focus was to better prepare students for the world outside of university by providing opportunities for engaging with postgrad life.

The next round of candidates to speak were the candidates that applied for Student Experience South President 2021. Madeleine Webster spoke first about her experience as the former Tasmanian University Union’s Women’s President and how she aims to engage with all areas of the student experience. If elected, Webster says she hopes to make sure that every student is adequately represented by the Tasmanian University Union. Webster also wishes to open a dialogue between societies and provide financial aid to student organisations.

Hassan Ali was last up and spoke about his passion for helping engage with the international student community, evidenced by his own experience networking with societies and other students. Ali promised to work with all societies and establish a feedback system to create opportunities and better represent the student voice.

Togatus is covering the approaching TUU elections. Make sure to vote – these representatives will be your voice in this unusual and chaotic period in UTAS history.